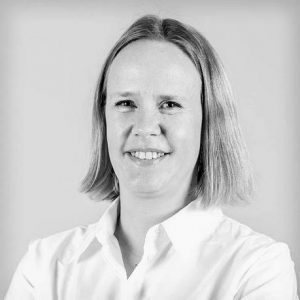 New Guidelines for Examination in the European Patent Office (EPO)

The new Guidelines for Examination in the EPO entered into force on 1 March 2022. The Guidelines for Examination set out the practice and procedure to be followed in the various aspects of the prosecution of European patent applications. These guidelines are generally updated every year to improve and adapt to changes in the Regulations of the European Patent Convention (EPC), case law and the practice of the EPO.

Some amendments have been made to the previous version, dated 1 March 2021. Those that we believe are the most relevant are discussed below.

Adaptation of the description to the claims

The section related to the adaptation of the description to the claims (F-IV, 4.3) has been reworded.

To fulfil the requirements of Article 84 EPC and for a patent application to be granted, the claims must be supported by the description. In this regard, the practice of the EPO has become increasingly strict and requires that all embodiments or aspects of the invention which are no longer covered by the claims be removed from the description, or that it be explicitly stated that such subject-matter does not form part of the claimed invention.

In a recent decision by the EPO’s Boards of Appeal, T 1989/18 on 16 December 2021, it was determined that removing these embodiments from the description or explicitly stating that they do not form part of the claimed invention was not required.

Nevertheless, in the current version of the Guidelines for Examination, the section related to the adaptation of the description to the claims is reworded to include a more detailed explanation, although the criteria followed by the EPO up until now do not seem to have been softened.

An explanation is provided on how to determine whether a claim is entitled to a partial priority right according to decision G 1/15 by the EPO’s Boards of Appeal (F-VI, 1.5). To do so, two steps have been defined:

In the area of computer-implemented inventions, the new Guidelines for Examination include an explanation on how to assess whether the claimed subject-matter is an invention pursuant to Article 52(1) EPC (G-II, 2) by applying the two-hurdle approach as established in the decision by the EPO’s Boards of Appeal G 1/19:

In the area of biotechnological inventions, the new Guidelines for Examination include an additional explanation on how exception to patentability is assessed pursuant to Rule 28(1)(d) EPC relating to processes for modifying the genetic identity of animals. The criterion that it includes is the balance between the likelihood of causing animal suffering and the likelihood of producing a substantial medical benefit. Both likelihoods must be based on evidence (G-II, 5.3).

Also in the area of biotechnological inventions, the new Guidelines for Examination clarify how the patentability of antibodies is assessed (G-II, 5.6). In particular, they explain that an antibody does not necessarily have to be defined by its six CDRs (complementarity-determining region) to fulfil the clarity requirement, but rather the number of CDRs necessary for its binding to the antigen must be defined.

The new Guidelines for Examination refer to the recent decision G 4/19 by the EPO’s Boards of Appeal on the prohibition on double patenting (G-IV, 5.4), which we have already discussed in this article on our blog.

In opposition procedures, the EPO will no longer send a copy of the documents provided by the parties (opponent(s) and holder) to support their arguments when said documents are available in the Register (D-IV, 5.2).

For further details about all the amendments made to this new version of the Guidelines for Examination, the EPO also offers a text in which all of the changes made are highlighted.

Sofia Pettersson
Associate | Patent Adviser - Chemistry, Materials & Pharma
Sofia is European Patent Attorney (EQE, 2015). She holds a PhD in Chemistry and is an associate in the Chemistry & Materiales Department. Sofia joined ABG in 2010 and her practice is focused on patent prosecution and opinion work in the areas of pharmaceuticals and chemistry.