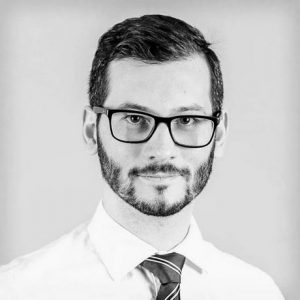 European patent applications of Spanish origin have set their own historical record. A total of 1,954 applications were filed in 2021, compared to 1,791 in the previous year (8.9% increase) and 1,885 in 2019 (3.7% increase), thus restoring the growing trend of recent years. Moreover, the trend in 2021 far exceeded the average variation of European Union countries (2.7%) in that same period.

This upward development contrasts with what has been observed in national patent applications, which have been dropping in the wake of the legislative change that came into force in 2017, with the exception of last year.

It may, however, also be intentional; we must recall that the European Patent Office is highly regarded worldwide, and for Spanish companies, especially those with the goal of transferring their technology, obtaining a search report and the corresponding written opinion on patentability from the European Patent Office, particularly if the opinion is positive, represents a very important tool in the task of finding third parties interested in the technology and negotiating with them. This is usually the case of universities and research centres, which are the driving force of Spanish innovation as shown by EPO data. From this point of view, the shift would not seem to be coincidental.

The technological fields that are leading the race seem to reflect the current sociopolitical context. On the one hand, the pharmaceutical field topping the list seems to respond to the reminder that COVID was regarding the importance of promoting research in this sector; and, on the other hand, the rise in the energy field clearly responds to the fact that the European Union as a whole has prioritised renewable energies.

As usual, medical technology, in third place, continues to represent a strong innovative sector in Spain. As for biotechnology, this field seems to be getting back on track after two consecutive years of decline in the number of European patent applications filed (5.1% in 2020 and 16.7% in 2021).

Catalonia, Madrid and the Basque Country, on the podium by Autonomous Community

As usual, by Autonomous Community, Catalonia (653), Madrid (381), the Basque Country (223) and the Valencian Community (164) continued to lead the ranking of European patent application filings for another year and also increased their own figure with respect to previous years.

The Region of Murcia’s evolution is also worth highlighting as the number of its applications has doubled compared to 2020 and it also surpasses its figure prior to the pandemic. Navarre, for its part, continues to show excellent progress and leads the ratio of European patent applications per number of inhabitants based on relative data.

The meteoric growth of China is especially noteworthy, where the number of applications has risen by 24% compared to 2020. On the other hand, as usual, Switzerland is at the top in terms of the ratio of patent applications per million inhabitants; a table where Spain has climbed two positions this year, reaching the 26th position.

In general terms, we perceive Spain’s data for 2021 as positive, since the increase in the number of patent applications, albeit small, is leading us towards the position we expect Spain to be in, despite the fact that there is still a lot of room for growth. We must remember that this country generates a number of scientific publications that matches the world’s leading innovative powers such as South Korea, but that, paradoxically, is light years away from those regions in terms of patent applications, as the European Commission reminds us time and time again. Hopefully this year’s result will become a trend.