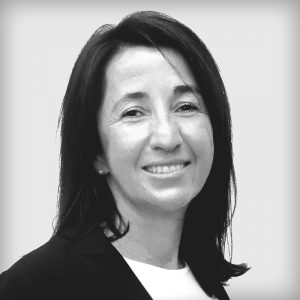 Parallel imports are imports of original and legitimate products that have been purchased abroad and subsequently imported into the European Economic Area (EEA) without the trademark holder’s authorisation, causing direct competition with the owner himself or with an authorised dealer in the target market.

These are legitimate non-counterfeit goods, acquired at a lower price, in order to offer them at a cheaper price than in the target market, or at the same price but with higher profits. They are common in the fashion and technology markets.

In this article we comment on a recent ruling of the Spanish Supreme Court that deals explicitly with this type of situation.

The company Más Por Menos, S.A. purchased more than 20,000 authentic Havaianas trademark sandals in Panama. After acquiring them -and without the authorisation of the trademark holder (Alpargatas, S.A.)-, they brought them into the European Economic Area. Specifically, they brought them through Bilbao’s customs office and, under the customs warehousing procedure, they were stored in Riofrío (Burgos).

Subsequently, Más Por Menos, S.A. offered and sold the sandals to the British company Happy Sport Ltd., who sold them in the UK (before Brexit).

The claim was dismissed at first instance because the Court considered that neither the sale of the products in the EEA nor the fact that the defendant was aware that the products were going to be sold in the EEA had been proven.

The plaintiff (Alpargatas S.A./Havaianas) appealed and the Provincial Court of Alicante upheld the appeal on the basis of:

The defendant appealed before the Supreme Court, which dismissed the appeal, and confirmed the ruling of the Provincial Court of Alicante on the grounds that it complies with both the applicable regulations (EU Trademark Regulation) and the Colgate ruling of the EU Court of Justice (case C-405/03).

These imports are not allowed under Spanish and EU trademark laws. However, there are some exceptions consisting of, for example, the entry of products under customs warehousing or transit. However, in certain cases – such as the matter at hand – a parallel import under the customs warehousing or transit procedure may imply a trademark infringement if certain requirements, established in the Colgate ruling of the EU Court of Justice (case C -405/03) and fully accepted by our Supreme Court in this Ruling are met:

Although this Ruling follows the settled case law since the aforementioned Colgate ruling, it implies a certain “relief” for the trademark owner regarding the burden of proof of the third point, by allowing it to be proven not with direct evidence, but through circumstantial evidence, that the defendant knew that the destination of the imported goods is going to be the EEA. Based on this circumstantial evidence, it will have to be the defendant who contradicts this evidence, demonstrating that their offer and sale of products had a destination other than the EEA territory, which is not the case here.