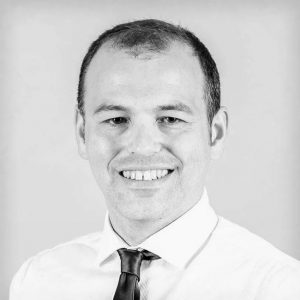 Unfortunately “worldwide patents” do not exist

In today’s global market, a product may be designed in one country, manufactured in another or several different locations and ultimately commercialised all over the world. For this reason, it is essential for any company, big or small, to protect their technological innovations in an appropriate way.

It must be remembered, that patents, as other Intellectual Property rights, are territorially limited i.e. the exclusive rights granted by a patent are only applicable in the country or region in which it has been filed and granted. The process of protecting an invention usually starts with applying for a patent (or utility model) in the home country or where the invention was developed. However in a globalised world this may not be enough.

In this article, we will address possible strategies to protect an invention by patent in several countries and how to make a decision.

In which countries should I patent my inventions?

However, this data does not mean that it is always necessary to apply for patent protection in China, the USA and/or Japan. The decision of where to patent an invention, e.g. a new product, depends on various factors, including the following:

State of the art and grace period

To be patentable, an invention must be new and inventive over anything already known at the filing date of the patent application (the so-called “state of the art” or “prior art”). Since the prior art also includes the inventors’ own disclosures, the filing of patent applications related to the same invention has to be coordinated in time across the different countries so that they do not have a detrimental effect on each other. That is, it is not feasible to file a patent application in a given country, and after some years to apply for a patent in other countries, since the publication of the initial application would deprive of validity the subsequent applications due to lack of novelty.

However some jurisdictions have “grace periods” for patents. The term “grace period” refers to a period of time before the filing date of a patent application during which certain disclosures of the invention are not considered to be prior art to the application. However, the duration as well as the types of disclosures to which the grace period may be applicable vary according to the patent laws of each jurisdiction. For instance, while most patent national systems consider that only disclosures that occur during an international exhibition or as the consequence of abuse in relation to the applicant (e.g. violation of a non-disclosure agreement) are “non-prejudicial”, only few countries (most notably, the United States) allow for a stronger grace period which also provides a safeguard against public disclosures made by the inventor or derived from the inventor.

There are different options through which an invention may be protected in multiple countries. The four routes shown below are not exclusive but they can be combined in different ways to build a strategy that best suits the applicant’s business needs.

While it is possible to file separate patent applications directly and simultaneously in all of the countries where protection is sought, this process requires a decision at a very early stage for the territories of interest and here are the high costs associated with several filings before several patent offices (translation costs, local attorney and official fees). This strategy can be used when the applicant knows beforehand that he needs protection in only 2-3 countries.

Taking Spain, Germany, Italy, the United States and China as examples of countries of interest, this route may be graphically represented as follows:

The duration of the procedure, and therefore of the eventual grant, is independent in each jurisdiction.

In particular, the EPO administers the European Patent Convention (EPC), a unified processing system for the granting of patents in up to 44 countries (see coverage of European patents here) from a single patent application. Once granted, European patents have to be validated in each contracting state for which protection is sought in order to be enforceable, resulting in a bundle of individual national patents. For instance, using the same countries of interest as above, protection in Spain, Germany and Italy could be obtained via a European patent.

As explained by Enric Carbonell in a previous ABGconcepts, anyone interested in patent coverage in several countries may file an initial patent application or a utility model application (the “priority filing”) in a country which is party to the Paris Convention or a member of the World Trade Organisation and subsequently file, within a maximum period of twelve months, one or more applications for the same invention in other Paris Convention or WTO countries claiming priority from the first application. The effect of claiming priority is that the subsequent applications are considered to have been filed on the same date as the first application (i.e. priority date), so that only prior art before the priority date is relevant for determining novelty and inventive step. See list of states party to the Paris Convention and members of the WTO here.

Continuing to use the previous target countries as examples, a patent application for an invention made in Spain could initially be filed at the Spanish Patents and Trademarks Office (SPTO) and foreign patents could be applied for within 12 months, claiming the benefit of priority from the local application.

It is worth mentioning that a patent application may claim priority from more than one earlier application. Therefore, during the priority year the applicant may file additional priority applications with improvements or variations around the same inventive concept as the first application.

The Patent Cooperation Treaty (PCT) is an international treaty that at present covers 153 countries. A full list of the PCT contracting/member states can be accessed here.

The PCT system requires filing just one application, either directly or (most commonly) claiming priority of one or more previous applications for the same invention that were filed up to 12 months earlier. This international or PCT application is processed, searched, and optionally preliminary examined, through a single procedure. It is only after this “international phase”, when the applicant must decide in which PCT states protection is required.

This generally happens around 30 or 31 months from the earliest priority date, which is the deadline to enter the “national phase” to file separate national or regional applications in each of the countries or regions where the applicant wants to protect the invention. Each of these national or regional phase applications must be processed independently by the respective national/regional patent offices, who finally grant (or not grant) the patent in their particular territories.

A more detailed description of the PCT and European patent systems as well as strategic considerations for patent protection will be covered in future articles.

Tomás Llamas
Associate - Chemistry, Materials & Pharma
Tomás joined ABG in 2007 and is an associate in the chemistry department. His practice is focused on patent prosecution and opinion work in the area of organic chemistry. He is a qualified European Patent Attorney (EQE, 2012). Before he joined ABG, Tomás completed his doctoral thesis on asymmetric synthesis at the Universidad Autónoma de Madrid (2003-2007), including a pre-doctoral stay at Scripps Research Institute (San Diego, EEUU) focusing on total synthesis of natural products, and was a post-doctoral fellow for Spanish chemical company Fyse-Ercos S.A. (2006-07), working on Medical Chemistry.