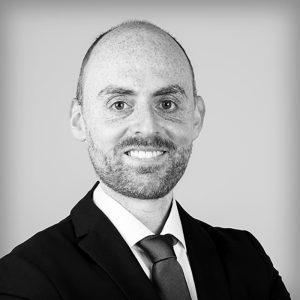 Research patterns are changing due to rapid advances in technology. The “publish or perish” culture, despite the negative connotation, may be helping disseminating science faster than ever and confers at the same time recognition to the research group regarding the “priority” on a certain discovery.

Academic and industry researchers are generally well acquainted with the editorial process from submission to publication of their paper. On the other hand, the process of applying for a patent may be more obscure, especially to academic researchers, even though concepts like “novelty” and “inventive step” may sound, to a certain degree, straightforward and comprehensible.

Does the path to a published paper and a granted patent share similarities? It certainly does, however it is important to address several fundamental differences in the way of assessing an article for publication and a patent application, even when certain terms may sound interchangeable.

This article focuses on the three main criteria of patentability (i.e. novelty, inventive step and industrial applicability) and the mirroring editorial criteria for assessing a paper.

When is an invention/paper novel?

According to the European Patent Convention (EPC), a patent cannot be granted for an invention “that has been made available to the public before the date of filing” because the invention would not meet the novelty requirement (Article 54 EPC). Thus, in order to obtain a valid European patent it is imperative to file a patent application before disclosing an invention by any means, including the publication of the research results in a journal or a preprint.

What are the differences in assessing novelty in patent applications/papers?

The main difference is that “editorial” novelty is usually associated to a peer-review system which establishes the solidity and reliability of the results disclosed in a scientific article. In other words, what is usually asked when assessing the novelty of a paper is whether a specific scientific content has been previously subjected to a peer review. On the other hand, from the patent perspective, the mere “disclosure” of an invention – with or without peer-review and from the same or different researcher(s) – is sufficient to prevent anyone from obtaining a European patent for that invention due to lack of novelty.

Furthermore many confirmatory and follow-up studies which aim at accumulating evidence for a known subject-matter are nowadays published in a growing number. However, these would not be patentable as they will likely fail to comply with Article 54 EPC, since the mere corroboration of results previously shown, even though at a different scale, do not confer novelty. For instance, a phase III study confirming the effectiveness of a drug to treat a certain disease in a large number of patients, whilst scientifically of great importance, would from a patent perspective not be novel over the previous pre-clinical study in an animal model of the same drug to treat the same disease.

What if paper B is submitted to a journal after paper A (from a different group) which discloses the same research results but has not been published yet? That is not an impediment for paper B to be sent to reviewers and be eventually published as the discovery is treated as independent and “simultaneous”. It might even happen that paper B is published earlier than paper A (depending on the length and rounds of the peer-review process) or that only one or neither of them ends up being published in the receiving journal.

The Article 54(3) EPC prevents that two patent applications on identical subject-matter are granted a patent right, whereas it is not uncommon that two papers on the same research are published simultaneously.

Whilst it might seem unfair not to be able to protect an invention because of the non-public pre-existence of a patent application directed to the same invention, it must be noted that Article 54(3) disclosures are relevant only to the assessment of novelty and not inventive step. Thus, in most cases, the novelty of a given European patent application can be restored by simple modifications in the claims which make said claims different to the claims of the pre-existing 54(3) disclosure; the EPO will not assess whether said difference is minor or major, as this question is a matter of inventive step, i.e. of an obviousness assessment.

The novelty feature is not sufficient for a paper to be published nor for a patent to be granted.

When the editorial team of a journal assesses a new submission which passed the novelty hurdle, the following questions would be: is this research timely and does it make a “significant advance over the state-of-art?”. Is it a trivial combination of known elements/steps or, if so, does the combination have an expected effect? Will it have a broad impact or would it be relevant only to a niche group of researchers?

There are many more questions that come down to the personal feeling and experience of the editor regarding the above criteria (which can be summarized as “degree of advance”) and to where the editor sets the editorial bar. It has to be noted that thousands of scientific journals currently exist and even though a paper is rejected for publication in a journal due to a lack of a “striking advance”, it might be appropriate for publication in many other journals. Another important aspect to keep in mind is that two parties are involved in the publication of a paper: the editor and the reviewers. Even though the reviewers are usually left to judge the “technicalities” of a paper, their judgment may have an influence on the editorial assessment of the advance.

In the EPO, the closest criterion to the “degree of advance” in a paper is called “inventive step”, which is featured by an invention that would not be obvious over the state of the art to a hypothetical person skilled in said art (Art. 56 EPC). The approach adopted by the EPO in the determination of the inventive step is standardized in the so-called problem-solution approach. Put very simply, this approach aims to assess whether any difference between the invention and the state-of-art (there must be differences if the novelty hurdle was overcome) provides a technical effect which could be suggested or hinted at by one or more documents in the same field. While the evaluation of the novelty seems more an objective requirement to determine (are there any differences or not?), the evaluation of the inventive step will have a certain taste of subjectivity (is the difference obvious?) and might differ substantially from the EPO to other patent offices, in the same way that each scientific journal has a unique editorial bar.

The Art. 57 of the EPC recites: “An invention shall be considered as susceptible of industrial application if it can be made or used in any kind of industry, including agriculture”. This requirement shows the very technical character of the patentable matter and almost any invention with some sort of application and potential industrial implementation could be protected by a patent.

On the other hand, there is no equivalent for this requirement in the publishing industry, where any study (with or without a technical character or application) in any field of knowledge can find an appropriate forum for publication. For example, theoretical studies (e.g. theorizing about or discovering the quark), would lack a technical character if no associated practical utility is minimally proven or credible, even though the findings may be useful for future inventions. Even if industrial application is not required by the publishing industry, the majority of published papers in technical areas would formally comply with Art. 57 EPC. Furthermore,  the greater the scope of industrial application is, the greater will be the impact of a study and the chances for it to be published in a top-notch journal (especially if related to long-standing challenges such as plastic recycling/disposal, clean water, CO2 mitigation, etc.)

Conclusions: what is best for an invention?

It may not always be advisable to apply for a patent on a given invention, but in case researchers decide to pursue a patent, our recommendations to researchers can be summarized as follows:

Giovanni Bottari
Patent Adviser - Chemistry & Material
Giovanni joined ABG in 2021 as patent adviser in the Chemistry & Materials Department. Before joining ABG, Giovanni worked as an editor in the journal Nature Communications for 4 years (2017-2020), assessing and managing scientific articles and reviews related to organic synthesis, polymers, catalysis and medicinal chemistry, among others.
Between 2010 and 2016, he carried out post-doctoral research at the Instituto de Investigaciones Químicas (CSIC, Seville) and the Groningen University (the Netherlands). He is co-author of 16 articles that have been published in peer-reviewed journals. 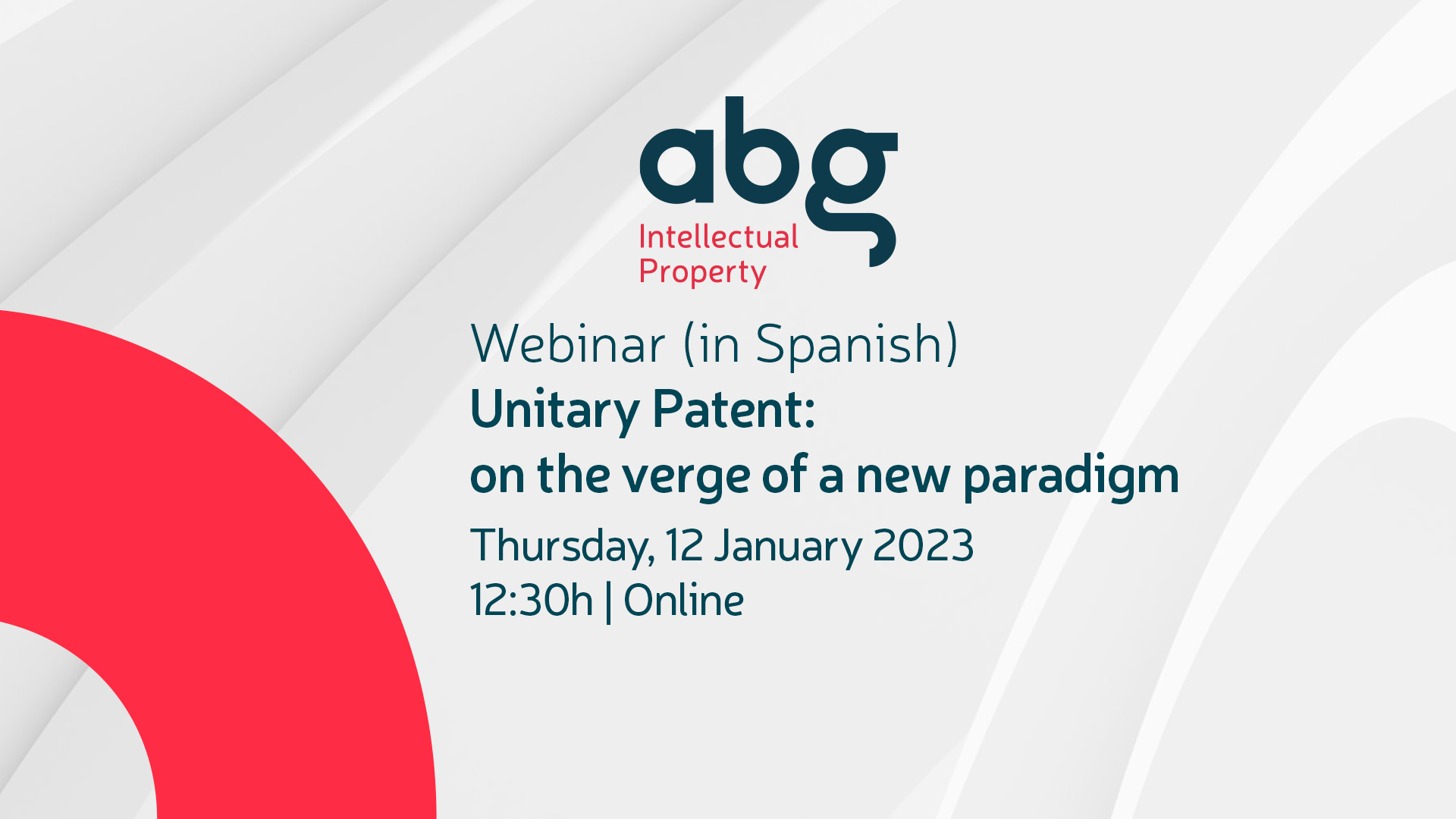