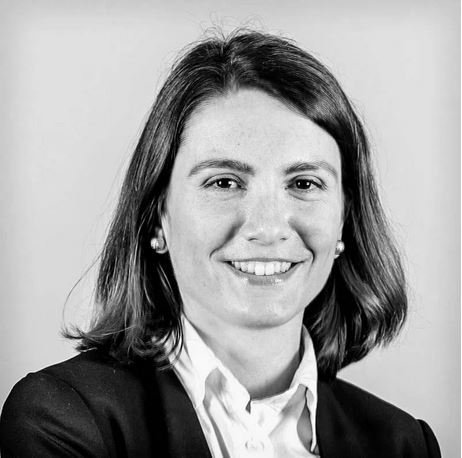 The European Union’s trademark system (formerly known as the “community trademark”) which has been operational since 1996, makes it possible to apply, through a single procedure, for a multiclass trademark for all the Member States of the European Union using only one language.

This system is an alternative to filing national trademark applications in each Member State of the European Union, making it a much faster and cheaper system of protection, which has proved to be successful since it became operational.

Which countries/territories are covered by the European Union mark?

Like patents, trademarks are territorial rights, so their effects only extend to the territory or territories where protection is requested.

Users can choose to protect a trademark:

When new countries join the European Union, EU trademark protection will also extend to those countries. The last country to join the EU was Croatia in 2013. Trademarks already protected there will continue to be protected.

What if you only want to obtain protection in one part of the European Union, can you have exclusions?

The European Union trademark system does not allow certain countries to be left out of trade mark protection. For example, an applicant who is going to use the trademark in ten countries will not be able to exclude the remaining seventeen.

As it is not mandatory to use the mark throughout the European Union, use in one part of the territory would be sufficient, regardless of whether the owner of the trademark wishes to use it solely in a limited number of countries.

The European Union trademark registration procedure is carried out before the EUIPO (European Union Intellectual Property Office), the EU agency in charge of registering EU trademarks and community designs, has been based in Alicante since 1994.

The centralization of the registration procedure means that the trademark applicant only has to pay official fees to a single office and not to 27 national offices, which is the same for renewal fees after 10 years. The trademark will be renewed before the EUIPO only once and not by individual territories.

How long does the EU trademark registration procedure usually take?

Registering an EU trademark usually takes around 4 to 6 months, if the trademark does not receive objections from the office or receive opposition/s from third parties.

Is there a possibility to speed up the trademark registration procedure?

No, it is not possible to request an accelerated trademark examination procedure. If you want to obtain registration as soon as possible, you must comply with all the formal requirements established in the Regulations and try to prevent the trademark from incurring absolute registration prohibitions and from receiving any opposition. If these are avoided, the trademark can be registered within a minimum period of 4 months, however the opposition period of 3 months that third parties have cannot be shortened.

Documentation required to apply for a European Union trademark

The essential data that must be included in an EU trademark application are the following:

It is not necessary to have a power of attorney in order to have an authorised representative at the EUIPO.

A lifetime trademark once registered

If the EU trademark is registered, it will last for 10 years from the date of application and may be renewed for periods of 10 years indefinitely. A trademark can be renewed by requesting it from the Office and paying the corresponding fees 6 months before it expires.

If the renewal request is made within 6 months after it expired, the corresponding surcharge fees will have to be paid as a penalty (grace period). Once the “grace period” of 6 months has elapsed, the renewal will no longer be possible and the brand will be considered to have expired.

The acquisition of the trademark rights of the European Union are obtained with the registration, and the symbol ® can be used to show it. The use of this symbol is not mandatory.

Obligation to use trademarks

Although the mark can be used in the market before registration occurs, the need to use it arises five years from the date shown on the registration certificate. Therefore, after that period, any third party who considers that the mark has not been used may bring an action for revocation for non-use, without having to demonstrate any legal interest in bringing such an action for revocation.

Even if the EUIPO does not check whether a trademark is being used in the market, the owners have to use it to prevent any third party from filing for revocation after the five-year “grace period” has elapsed. If they fail to do so, they risk that the third party will succeed in having the office revoke it and the trademark cannot be “revived” afterwards, unless it is applied for again.

Does the use of the EU mark have to occur in all 27 Member States?

It is not necessary for the holder to use the EU mark in all Member States for it to remain in the registry, but it is sufficient that it be used in part of the territory.

If the office considers the lack of genuine use has been proven, the effects will start on the date of the application for revocation.

What happens when the trademark has a registration problem that only affects one or several parts of the EU territory?

For example, if the EU trademark is opposed by an earlier Danish trademark resulting in its refusal, its owner can convert that refused EU trademark into national trademarks in all other countries, i.e. in the remaining 26 Member States, with only Denmark being excluded.

The same would be true if, in examining the trademark application, the examiner were to find that the mark is descriptive only for the Danish public, which would mean that, since the grounds for refusal operate only for the Danish speaking public, its proprietor could convert the mark into national trademark applications in the other Member States where no such prohibition operates.

Advantages and disadvantages of protecting a trademark in the European Union

Is an EU trademark the right one?

The suitability of protecting a trademark throughout the territory of the European Union will depend on each case. That is why the ABG Trademarks Department believes that each case must be studied in depth before applying for an EU trademark, always evaluating the needs of the client. We also always carry out a search of trademarks in the corresponding databases that allows us to guarantee, as far as possible, that the new trademark application will not come up against obstacles that could prevent its registration.

Inés Cantero
Adviser - Trademarks
Inés joined ABG in 2015 and is a trademark adviser in the Trademark Department. Her practice focuses on filing and prosecuting Spanish, European Union and International trademarks; management of trademark portfolios of clients, conducting negotiations, drafting of coexistence agreements and carrying out opinion studies in the area of trademarks.