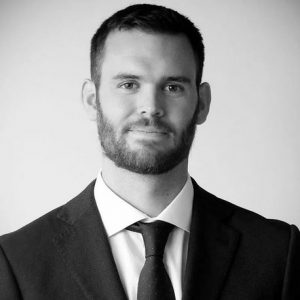 The importance of securing evidence against the infringement of ip rights and know-how: latest probative technologies

For the general public, platforms that offer certification services for the existence of a digital archive is unheard of. However, for firms that specialise in the protection of intangible assets, these types of services have become one more tool in daily use.

Digital certification has remarkable advantages of an evidential nature, and is characterised by being faster, more convenient, effective and  more economical than traditional methods for securing evidence.

The burden of proof in the Spanish legal system

To understand the usefulness of digital certification tools better, we should first talk about the importance that our legal system places on the proof of the claims made by the parties in a judicial proceeding.

The general rule in our legal system is that the party claiming the existence of a certain fact is obliged to provide solid evidence to prove its veracity. Thus, except in very limited circumstances, for the court to accept the claims of the parties, they must have previously carried out arduous and intense probative efforts, that enable the judge to be able to determine without doubt that the alleged facts are true.

This imposition of the burden of proof means, from the plaintiff’s standpoint who alleges the infringement of his intellectual property rights or know-how, two possibilities:

The court cannot, on its own initiative, investigate and widen the scope of the facts alleged in the proceeding, and must strictly adhere to those stated by the parties in their submissions.

The importance of proving the alleged facts is therefore paramount to have good prospects of success in the legal dispute.

In the case of conflicts regarding intellectual property and trade secrets, an essential fact to prove in infringement proceedings concerning exclusive rights is their ownership by the plaintiff.

In patent, utility model, trademark and design litigation, the ownership can be proven in a simple manner, as it is sufficient to look at the registration certificates of each of the rights in question, and check who appears as the owner.

However, in proceedings where the matter under discussion is the possible infringement of copyright and neighbouring rights, or of rights over trade secrets, proving ownership can be more complex:

The fact that the registration of the work is not mandatory for the rights derived from their authorship to be fully effective, implies that the author or his legal successor must adequately prove that they hold such conditions and the creation date of the work, in case of a dispute.

Therefore, the plaintiff who brings an action before the courts for violation of his trade secrets must prove that these existed on a specific date, which is prior to the date of the unlawful use and/or disclosure, in addition to proving his ownership.

Due to the imperative need to prove the existence of these rights, placing them at a specific moment in time that justifies their validity, prior to the infringing acts, it is of the utmost importance to secure evidence aimed  at proving these issues, as a preventive measure, before the conflict arises.

In addition to all of the above, there is an additional difficulty in proving the existence on a given date of databases, files or digital files that contain such intangible assets.

New technologies have made much easier to secure evidences

Traditionally, the holders of intellectual property rights and trade secrets have chosen to record the existence of their rights by going to a public notary or, in the case of copyrightable works, to the Intellectual Property Registry.

Although these continue to be valid channels for the purpose of securing evidence for possible future legal proceedings, their suitability has been declining in parallel with the advancement of new technologies and the development of highly reliable mechanisms of evidence in the digital environment.

These novel tools allow reliable certification of the existence of a digital file on a certain date. Using time-stamping techniques, the user/owner of an asset can obtain a reliable and precise certification that will allow him to easily prove the ownership and temporary validity of his right, in the event of having to face an infringement proceeding against a third party  in the future, ultimately increasing the chances of success.

These methods offer the holder considerable advantages over traditional ones:

All this suggests that, in the near future, it is likely to be very common that a large number of disputes regarding IP rights and trade secrets are decided on the basis of these new unconventional means of evidence certification.

Rodrigo Manzanares
Attorney at Law - Legal & Litigation
Rodrigo is a lawyer specialising in intellectual property law. He joined the Legal & Litigation Department in 2019. His practice focuses on providing legal advice on intellectual property matters to national and foreign clients, both in the pre-litigation phase and in proceedings before the courts. As part of his advisory work, Rodrigo frequently participates in the negotiation and drafting of agreements of all kinds concerning intangible assets (patents, utility models, trademarks, industrial designs, copyright), and especially the transfer of technology between companies and institutions.

Since 2019 ABG Intellectual Property has been selected among the best patent law firms in Europe by the prestigious Financial Times. In addition, in 2022