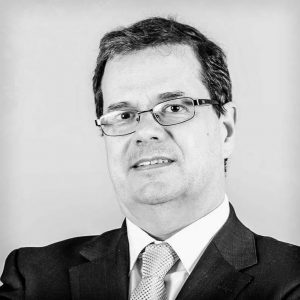 It should be recalled that the Decision of the President to adopt these measures was published last November in the Official Journal of the EPO and that at the time, the scheduled date for the implementation of the Unified Patent Court was 1 April. Despite the fact that this date has since been moved to 1 June, transitional measures have been available since the beginning of the year.

Who can benefit from these transitional measures?

Once a European patent application is filed, published and successfully passes the examination stage, the EPO sends a communication to the applicant under Rule 71(3) EPC informing of its intention to grant the patent and also attaching the exact text intended for grant.

If the applicant agrees, for grant to occur, it is required to:

There is a non-extendable period of four months for this procedure to be complied with.

Based on the new EPO measures relating to the Unitary Patent, applicants who receive the intention to grant communication, may:

Further detail is provided below.

If the requirements for applying for unitary effect are met and the intention to grant communication has been received, a request for unitary effect may be lodged despite the fact that the unitary patent system has not become operational yet.

Thus, once said system is put in place (now scheduled for 1 June), the EPO will register said unitary effect immediately.

Once the unitary patent system starts working, patent protection will be provided in all states where the system is in force through a single procedure and fee.

If the unitary effect is requested, validation will not be necessary in those states on an individual basis. This will lower the cost of translations since only one translation —which can be into English or one of the official languages of the European Union— will be required.

In any case, it is important to recall that 44 countries already offer protection through European patents. That is to say, in addition to the above mentioned 17 countries, the system also includes:

Independently of whether the unitary effect is requested, national validation will still have to be considered in those countries that are not part of the system, as is the case of Spain.

In addition to this transitional measure, also from 1 January, European patent applicants who have received an intention to grant communication may submit a request for grant to be delayed until the entry into force of the UPC Agreement and thus be eligible to apply for unitary effect for that particular European patent.

Once the system enters into force and the patent grant is published, there will be a period of one month to request the unitary effect.

What to do if you receive the intention to grant communication before the unitary system takes off?

If a communication of intention to grant under Rule 71(3) has been received after 22 July 2022 and you wish to apply for unitary effect or you are still considering doing so, it is advisable to request the delay of the grant to ensure that the application for unitary effect can be filed in case of finally wanting to do so.

In the event that said communication has a date after 22 January 2023, it will not be necessary to request the delay of the grant. If the four-month period to reply is seen through, the decision to grant can only be issued after 1 June 2023, by when the unitary system will already be up and running.