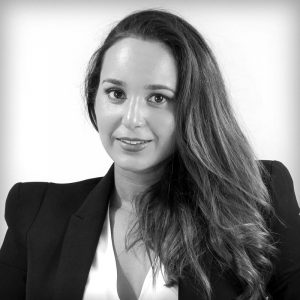 Invalidity and revocation of trademarks in Spain: new administrative procedures before the SPTO

On 14 January 2023, the Spanish Patent and Trademark Office (SPTO) will have new powers, taking over procedures for the invalidity and revocation of Spanish trademarks that, until now, have been decided in civil court.

As a result, such proceedings shall only initially gain access to judicial channels in cases of counterclaims in a trademark infringement action. In this way, the handling of the invalidity and revocation of Spanish trademarks will be carried out in a similar way to what occurs with procedures for the invalidity and revocation of European Union trademarks, which are processed through administrative channels before the European Union Intellectual Property Office (EUIPO).

This reform of the Spanish Trademarks Act, which was approved almost four years ago, harmonises national legislation with that of the European Union and marks an important step, aimed, among others, at achieving greater speed in the handling of such procedures.

Despite the benefits of the aforementioned reform, the new administrative competences have not been free of criticism. While many professionals in the sector accept this as a logical change and an expected step in order to align the Spanish and European systems, others are somewhat wary of the SPTO’s inexperience in these specific procedures, notwithstanding the fact that there is a substantive concordance between the invalidity action and the administrative procedure for opposition to a trademark registration. One of the questions raised is whether this measure would be losing instruments for the proper resolution of the most complex cases, for example, from the evidentiary point of view. After all, this would be a waiver of the already extensive expertise of the civil courts in this area, as well as of the entire regulatory framework governing judicial proceedings.

What will happen to the appeals against decisions of the SPTO in invalidity and revocation procedures that exhaust administrative channels?

They will fall under the jurisdiction of the civil courts and not the contentious-administrative courts. In particular, this is contemplated in Article 82(2)(3) of the Organic Law of the Judiciary (LOPJ), in the following terms (translation from the original in Spanish): The Provincial Courts shall hear, in civil matters: (…) appeals against resolutions that exhaust administrative proceedings issued by the Spanish Patent and Trademark Office in relation to industrial property.

Therefore, the great novelty is that the civil Courts of Appeal shall handle the resolution of appeals against decisions originating in an administrative procedure.

Through the recent reform of the LOPJ this summer, which will also enter into force on 14 January 2023, operated through Organic Law 7/2022 of 27 July, there has been a unification of competences, with all final decisions of the SPTO (including its new resolutions in procedures for the invalidity and revocation of Spanish trademarks) being appealed in the civil jurisdiction.

What consequences can be derived from the new distribution of competences?

We have to be cautious and wait to see the results in practice.

Professionals in the sector, today and in view of the imminent changes, continue to share their doubts and concerns in their talks and debates. It is expected to take some time to adapt, until the system reaches a point where it functions normally and efficiently.

In short, because of this concentration of cases in civil courts, greater training and specialisation can be expected, which is essential for the proper resolution of the most complex industrial property cases. This translates into obtaining a better response and application of the right to effective judicial protection and greater legal certainty.

Estefany Betances
Attorney at law - Legal & Litigation Department
Estefany is a lawyer, with a double degree in Law and Business Administration from the Universidad Carlos III de Madrid. She joined the Legal & Litigation Department in 2020 and specialises in intellectual property law and new technologies. Her practice is aimed at providing legal advice on the protection of intangible assets (copyright, patents, utility models, trademarks, industrial designs, business secrets and new technologies).