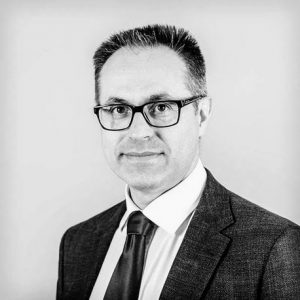 Can software be patented?

The European Patent Office (EPO) is in a privileged position as an observer of the evolution of various fields of technology since it receives patent applications that are systematically classified by technical area.

EPO statistics with data from 2020, which show the evolution of the number of patent applications, reveal that the digital communications sector is a major player, only coming second to medical technology:

While information and communications technology (ICT) is a very large field that is directly related to software, we can affirm that software is not limited to ICT. Instead, it also covers other highly relevant sectors, such as areas of specialisation currently as active as those linked to artificial intelligence, system control, natural language processing or process optimisation, just to name a few examples.

Similarly, software also extends its reach, to, a priori, unrelated, but highly relevant fields of specialisation, such as, for example, those linked to pharmaceuticals, medical devices or biotechnology.

In this scenario, software protection is a key element while simultaneously presenting a challenge for the patent system.

What is meant by software?

Software or computer program is understood to mean a set of instructions that can be understood by a computer.

In turn, a computer is understood to mean a programmable machine capable of executing instructions. The most common form of a computer is a physical device with one or more processors, one or more memory units, and other auxiliary devices which allow communication with the computer or specific tasks to be performed. According to its broadest interpretation, a computer can have a distributed configuration connected by means of a communication network.

What does the patent law say about software?

At first it would seem that software protection through a patent is not allowed. The Spanish Patent Law (LP) and the European Patent Convention (EPC) include a non-limiting list of everything that is not considered an invention (Art. 4 LP and Art. 52 EPC, which share very similar wording). The list particularly mentions computer programs, mathematical methods or means of presenting information among the exceptions. Given that the patent law only protects inventions, everything that is not considered to be an invention cannot be protected under the patent law.

Software materialises as a computer program, wherein much of the software involves an algorithm which is nothing more than a mathematical method, and almost all software has a graphic interaction whereby information is shown. Through the above examples, we have already seen that these three aspects are explicitly mentioned in the list of exclusions; however, a more careful interpretation of the law makes it possible to envision certain circumstances in which software can be protected by a patent.

The same article that includes this list of exclusions to patentability establishes that patents shall be granted for inventions, in all fields of technology, which are novel, involve inventive step and are capable of industrial application. The reference to “all fields of technology” leaves no doubt that technological scope is not a discriminatory criterion which excludes software due to the mere fact that it is within the field of programmable machines.

Likewise, the end of the same article of the law (Art. 4(5) LP and Art. 52(3) EPC) provides that the subject matter or activities referred to in the list only apply to the extent to which the patent relates exclusively to one of them as such.

In other words, software is not patentable insofar as it represents an isolated list of instructions, which is not associated with the solution to an industrial technical problem. However, if software can be presented as a technical solution that solves a technical problem, and it proves to be novel, involves inventive step and is capable of industrial application, it will be patentable, just like any other technology.

In an actual patent specification, any technical solution based on software is protected by claiming, for example, a method with steps that are executed by the software. This occurs regardless of the programming language allowed by such execution, which, far from being limiting, is precisely what has the greatest value for a patent applicant or proprietor.

In the patent field, the most suitable term to refer to “software patents” is the term coined by the European Patent Office: Computer-Implemented Invention or CII.

This term not only covers computer programs, but it also refers to any invention the implementation of which involves the use of a computer, a network of computers or any programmable apparatus where some of the features of the invention are, at least partially, carried out by a computer program.

In this regard, it should be mentioned that a claim does not need to start by explicitly indicating that it is a computer-implemented invention for it to be one. It would be sufficient to consider, for example, a claim relating to a data structure.

In a computer-implemented invention, by way of example, the following can be protected by a patent:

CII Patentability: the technical character is the crux of the matter

As indicated above, computers display information and use algorithms that are nothing more than mathematical formulas that are often complex, and both of these aspects are explicitly mentioned in the list of items excluded from patentability. In all these cases, the technical effect produced by the algorithm must be assessed to prove that it has technical character.

While any invention, regardless of the field of technology it belongs to, must have such technical character to be patentable, in the specific area of CIIs patent office examiners are particularly vigilant to ensure that this requirement is fulfilled.

So much so that the well-known EPO Guidelines for Examination dedicate a special section to inventions of that type, the so-called “Index for Computer-Implemented Inventions”.

A computer-implemented invention is often a combination of some features interpreted as technical and others as non-technical. An invention is regarded as having technical character if it contains at least one technical feature.

A computer program, when executed in a machine, causes physical processes such as the flow of current through its electronic circuits or the movement of certain mechanical parts to occur, just to name a couple of examples. These basic physical processes for operating a computer are not enough to justify the technical character of an invention and it is necessary to “go beyond”. One conclusion is that the use of technical means does not always ensure the technical character of the invention.

Examples of technical effects are: fewer requirements for computational resources, memory or clock cycles needed for executing the method, scalability, utilisation of the architecture on which the program is executed, etc.

Below are a couple of examples to show which features in a claim would be technical features or not:

Assessment of inventive step in CIIs

The mentioned distinction between technical and non-technical features represents the first step of the analysis to be conducted when evaluating the inventive step of a CII.

The most common method of assessing inventive step is known as the “Problem-Solution approach”. This method is still valid in the CII field, but in this approach, that first step of distinguishing between technical and non-technical is added to the method. The second step of the analysis involves assessing whether the technical effect is unexpected.

The fact that the method is expressed with a higher number of steps is not because it is distorted, but rather simply because the technical, and especially legal, particularity of the field causes the assessment of which features are technical and which are not to require a more meticulous distinction than in other technological sectors.

Challenges in drafting a CII patent

While this is true in all fields of the art, it is also possible in the area of computer-implemented inventions, but the effort put into carrying out this analysis independently on the programming paradigm is, at times, at a much higher cost than that of the work put in by the inventor to arrive at the invention.

Furthermore, in this field of the art, an analysis prior to drafting the patent document has become quite relevant in order to determine:

This prior work, combined with the typically higher complexity of computer-implemented inventions, means that the applicants are expected to arrive, with sufficient time in advance, at both a suitable patent application document for defence before the Patent Office, and to establish the distribution conditions of the software which adapt to a compatible marketing and licensing strategy.

A few examples of computer-implemented patents that have been granted by the EPO include the following (the patent can be accessed by clicking on the number):

The wording of the application: the key to software patentability

In conclusion, in the field of software, it can be said that availing of the advice offered by a patent attorney who is skilled in the art is particularly important.

While inventors are extremely familiar with the software they have written, only the perspective of a patent attorney will allow claimable features to be effectively drawn out in a patent application.

Pablo Calvo
Partner - ITC, Engineering & Phisics Deparments
Pablo joined ABG in 2009 and is a partner in the Engineering & Physics and Information & Communication Technology (ICT) Departments. He is a qualified European Patent Attorney and Since 2017 Pablo has been coordinator of the Course in European Patent Law, organised by the School of Industrial Organization, with the collaboration of the Spanish Patent and Trademark Office (OEPM) and the Center for International Intellectual Property Studies (CEIPI) of l’Université de Strasbourg. Prior to his career in patents, Pablo was a professor in the Department of Applied Mathematics at the Universidad de Zaragoza (1994-2000) and worked as researcher on numerical methods. He did his thesis work, in part, at U.C. Berkeley and the N.A.S.A. Institute for Computational Mechanics in Propulsion in Ohio.